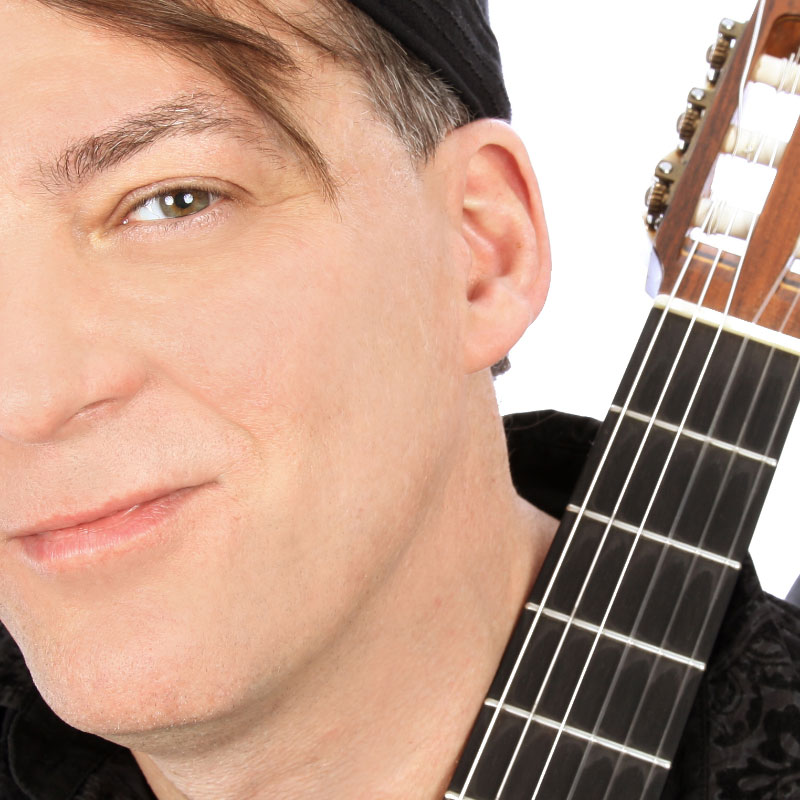 Guitarist and Composer Stefano is a former child prodigy who comes from a Musical Family. As a performer Stefano is known for his Dynamic Stage Presence and Brilliant Technique. He has appeared across the US and Europe as Solo Recitalist, Concerto Soloist,Chamber Musician, and as Half of the Renown “Edwards-Simmons Guitar Duo”.

Stefano holds a Bachelors Degree from De Paul University in Chicago, where he studied under guitar legend Leon Borkowski and persued Master of Music studies as a scholarship student under master teacher Mark Maxwell. Stefano has also studied with guitar masters Pepe Romero, Christopher Parkening, Denis Azabagic, Douglas Neidt, and Robert Guthrie. He was runner up in the American Society of Musicians Guitar Competion.

Stefano has been featured in performances with many notable artists, including flamenco guitar master Carlos Montoya, violin virtuoso Gidon Kremer, and legendary jazz pianist George Shearing. He has also been active in theatre productions, most notably The Goodman Theatre’s production of Federico Garcia-Lorca’s “Yerma” and Light Opera Work’s production of “Man of La Mancha”. His Recordings have been featured on WFMT fine arts radio in Chicago and on Radio France.

Stefano is a prolific composer for both film and live theatre, as well as his beautiful compositions for Guitarra Azul’s debut CD “Mariposa” and Guitarra Azul’s latest CD “Oasis”.