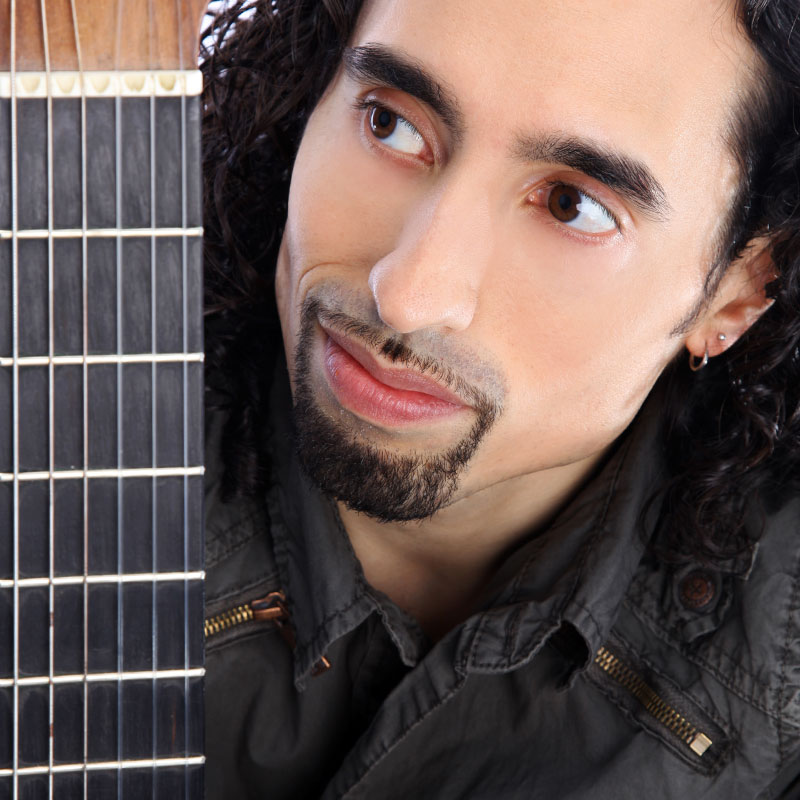 A Chicago native of Ecuadorian descent, Guitarra Azul’s David Chiriboga began playing guitar as a teenager. Originally trained on the guitar in both classical and folk styles, David’s passion for music was truly ignited when he discovered Flamenco.

David’s deep brown eyes and soft-spoken demeanor give him an air of quiet mystery, but with his guitar in hand he creates music full of pathos and pining perfect for the soaring passion of Guitarra Azul.

David’s love for flamenco brought him to Spain to study with master flamenco guitarists in Granada, Madrid, and Seville. In addition to Guitarra Azul, David has performed with the flamenco dance company Ensemble Espanol, Bandoleros, and El Payo. David has been seen on the ABC, FOX, and WGN television networks and has performed at eclectic venues across the country including U.S. Cellular Field, Café Bolero, Maya del Sol, Katerina’s and La Tasca in addition to performing for numerous concert appearances and corporate events with Guitarra Azul.

David maintains an active private studio in Chicago and has collaborated with the world-renown Old Town School of Folk Music for flamenco dance classes in which he both taught and played guitar. A Guitarra Azul member since 2006, David received his Bachelors degree from Northeastern Illinois University.

Be part of the excitement! Experience David’s sublime musicianship live with Guitarra Azul and come away thrilled and transformed by this master guitarist’s mesmerizing artistry.