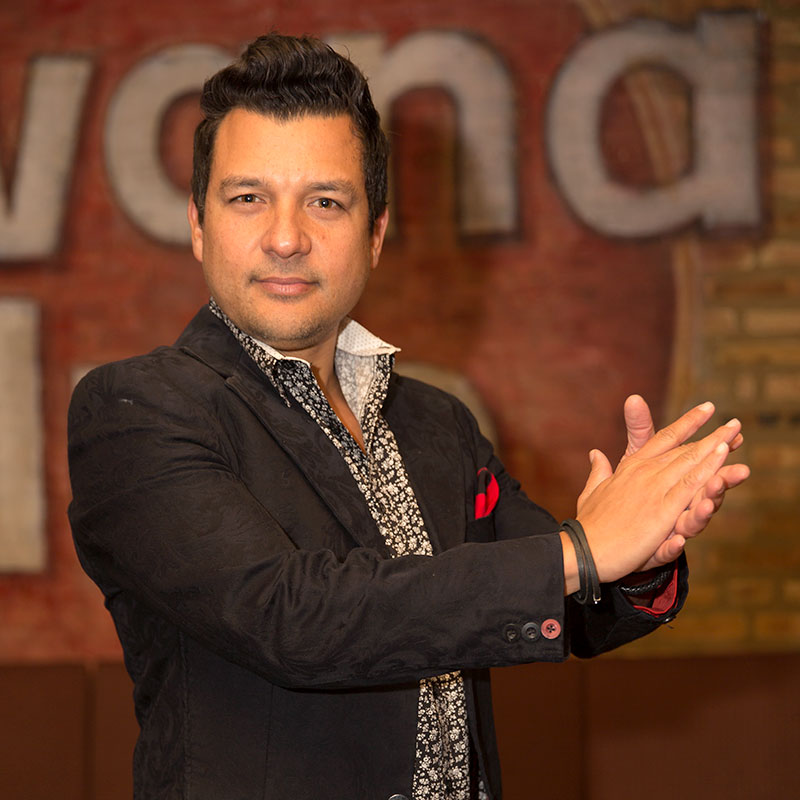 In January 2010, he co-produced the show “Entre la Ida y la Vuelta” on Nuyorican Café, Old San Juan, with dancers Vivian Bruckman and “La Coralillo”. These were Sold Out shows and it marked the beginning of the flamenco company “La Compañía”. Along with the company, Monge performed in various venues (e.g. Ponce Art Museum) and together they co-produced another show on Febraury 2011 called “De Tablao… La Pasión del Flamenco”, at the Bóveda Triana on the Old San Juan.

Ronaldo is currently living in Chicago, IL and performs in monthly venues like Café BaBaReeba, Bulerías Tapas and Bordel. To make sure you have Ronaldo Monge’s latest performance schedule, follow him on Facebooktoday.